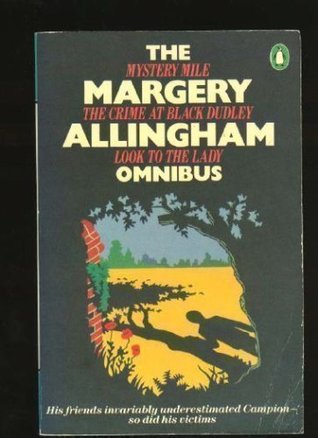 I remember taking a required class on bibliography in grad school. That was fifteen years ago. Our prof, young and bold, had us dissect a book right down to its spine. That exercise felt sacrilegious—deface a book?

Another activity was to list all the books and other material we’d recently read that we didn’t mind people knowing about in one column, then write that other list—the texts we felt squirmy or embarrassed about—in a second column. I listed in column one all of the classics or books considered “literature” I had recently finished. And in column two: Maeve Binchy’s novels. I felt uncomfortable admitting that I loved curling up with her squishy sentimental fictions and a box of Kleenex. That was like admitting I enjoyed O Henry bars (Binchy) more than Green & Black’s organic dark chocolate (James Joyce). When I met my husband he was apologetic about listening to John Grisham audiobooks. My mother’s love for Rex Stout is something she hides in the basement while all of the history and art history books have pride of place in the living room. These prejudices are deep-seated: Are we worried about appearing dumb? Undiscerning?

Book snobbery is captured at a gut level in my favourite Margaret Drabble short story, “The Merry Widow.”

In tight third person, Drabble writes about her “merry widow” Elsa. Elsa’s husband Philip has recently died, and she feels liberated. She is looking forward to a holiday in Dorset at a cottage alone. The holiday was planned when Philip was still alive. She would have suffered through it, under his critical eye, but now the getaway has an enchanting aspect to it. It will be her first vacation without him after decades of unhappy marriage:

“She had been absolutely fed up to the back teeth with Philip, she said to herself, gritting those teeth tightly as she wrote to increase the standing order for oil delivery, as she rang the plumber to arrange to have a shower attachment fitted to the bathroom tap. Why on earth shouldn’t she have a shower attachment, at her age, with her pension and savings? Her jaw ached with retrospective anger. How mean he had become, how querulous, how determined to thwart every pleasure, to interfere with every friendship.” (p. 152)

For her trip, Elsa packs her bird book, her butterfly book, her flower book, her Pevsner, and her Margery Allingham omnibus. One of her greatest pleasures is to identify birds, butterflies, and flowers, a hobby that had irritated Philip no end. “It had seemed a harmless pleasure, until Philip attacked it. Harmless, innocent, and proper for the wife of a university lecturer. An interest in flowers and butterflies. What could be wrong with that? By some sleight of reasoning he had made it seem sinister, joyless, life-denying.” (p. 155). Drabble is so good at showing how a critical partner can grind his spouse down to a stub through continual undermining, sarcasm, and mockery. The belittled spouse loses all confidence and, ultimately, loses delight in life.

But back to my topic: categorizing some texts as “lowbrow.” Elsa loves the little Dorset holiday cottage and the “modest wilderness” around her. She enjoys her solitude, her wanderings and walks, a gin and tonic in the evenings. She reads and watches the long-tailed finches, relishing the luxury of answering to nobody, of doing exactly what she wants. She revels in her own company, realizing she had been crushed under Philip for a very long time.

“Philip, she reflected…would not have approved her choice of novel. She was reading a Margery Allingham omnibus, nostalgically, pointlessly. Philip had despised detective stories. He had mocked her pleasure in them. And indeed they were a bit silly, but that was the point of them. Yes, that was the point. After lunch, she took Margery Allingham into the paddock, with a rug and her sunhat, and lay under an apple tree.” (p. 161)

Throughout the story, Elsa reflects on how Philip would have judged her choices, and the reflection makes her relieved and happy that she is no longer under his surveillance. She doesn’t have to defend her reading preferences any longer—for example, “pointless” and pleasurable detective stories.

After Philip’s death, she cancelled his subscriptions to scholarly periodicals, which comprised his reading matter.

Now she could relax: eat what she wanted, take long hot showers, watch what she liked on TV, listen to Radio 2, identify flowers and birds, look at the local architecture, indulge in Margery Allingham’s entertaining stories. Philip’s snobbery and psychological abuse died along with him, and she feels suddenly extricated from under the shadow that greyed out her life. (Another shadow emerges in the story, but I won’t spoil it for you.)

That two-column exercise doesn’t work for me today: I can write only one eclectic list—the books I am reading. I don’t need to hide anything; I don’t need anybody’s approval. I hope the same goes for you.