Last week my sister told her story about being a potter. This week, my husband Michael Carpenter talks about his experience.

I had no frame of reference in my family to help me become an artist.  I had some kind of urge to do creative stuff, but I couldn’t draw or paint ‘cause I thought you either had talent or you didn’t so I learned to do beadwork when I was still in my teens on a little weaving loom and make strip things, and I could take graph paper and map out what I wanted it to look like.

When I was married to Linda, she took a graphic design course then went to work at the newspaper doing graphic design. She’s a very good, very talented artist, she could draw so well. Anyway, I just felt like I wanted to do something creative so I started doing pottery, and we did it together, we took some classes. I wanted to throw on the wheel, that was my thing, so I started learning how to do that. And then I worked for this place that made trailers, I was a welder, and I used to weld the trailers together, and they all hated me because I was a hippie-poet, and they gave me all the crappy jobs, like climbing under the trailers and welding the leaf springs, which made the cattle shit ignite and run down onto my head.

So the boss asked me one day, do you really want to do this? And I said no fucking way. So he laid me off and I got Unemployment Insurance and I took about nine months taking all kinds of pottery stuff. I took classes from this guy Mel Bolen, who is still making amazing pottery and classes from Stan Tanawa, who is famous and did a big mural at Chemainus, and is still one of Canada’s foremost potters. And I learned how to throw. I sat in my backyard at the potter’s wheel and every time a pot would fall apart, which was every time, I’d throw it at the wall of the house.  And by the end of the day I’d be swearing and cursing and there’d be clay stuck all over the house and I’d hose it all off and put it back together again, and eventually, I got to the point where I could throw and do some hand building, but I really wanted to throw pots.

Throwing pots: It felt spiritual, that moment of centering when the bub-bub-bub-bub became a hmmmmmmm. It’s a hum, it’s a hum when it centres and it’s all wet under your hands. It’s amazing.

Kathryn: For me it’s not a hum, first there’s a noise, then it’s silent. It’s magical.

Linda and I did a lot of work together, we did a lot of collaborative stuff; she’s very talented, then I went and made raku. I discovered raku firing which was totally cool. And I really liked how direct it was. You build your kiln out of bricks in the woods, and go get an old propane torch that makes it work and stick it in a hole in the side, and put the pots in it and fire them up and it happens fast. You pull them out before they’re even finished. And they’re still glowing and you take them, and ignite them, and put them in a big bucket of sawdust and it creates this reduction atmosphere and makes metal and stuff grow on the surface. But what I really wanted to do was be an artist. I really wanted to make pictures. I didn’t really want to work three- dimensionally.

When did you realize that?

Well I kept saying to Linda, I can’t fucking draw, and I am looking at these pots, and I’m going, I wanna decorate them, and she said anybody can draw, and I said no you have to be an artist to draw, and she said, no, it’s all practice.  She said you just start to make lines. It’s not talent. She said figuring out what you want to do and having a vision for your work, and thinking of original things, that’s the talent part. the rest of it is hand-eye coordination and anyone can learn those skills. So I got a sketchbook and I started drawing designs and tried to figure out what I’d do to make on pots, so then I started decorating. things with wax resist, this one, and the tree, and this one.

This one, and the tree. Quite lovely, Nice flowy lines. I went wow, well that’s all cool, and then I just wanted to make pictures, I wanted to draw, I didn’t really want to work three-dimensionally, so I started drawing and painting and doing more of that stuff. And the pottery kind of just went away.

I was trying to figure out if I should go to University. I’d been doing the burning shit-welding, which was not on, and I’d been spending the last nine months making pots because I thought “oh, I’ll be a famous potter and I’ll make money,” and I was trying to figure that out and then I realized I was making pieces that were lovely, some of them, and having people admire some of the art pieces I was making, but nobody wanted to buy those – the only things anybody wanted to buy were coffee mugs. And I said to myself one day, what’s the difference between welding trailers or any other manufacturing job and making coffee mugs? And I thought, nothing—this is manufacturing. Thirty years from now I’ll hate my life. I’ll be pulling coffee mugs off the hump, because that’s how you make them, you make a big hump of clay, you make a lump, you make a mug, you cut if off, just keep pulling them off but that’s not what I wanted to do.  So I went to University. 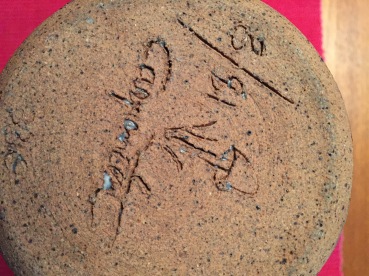 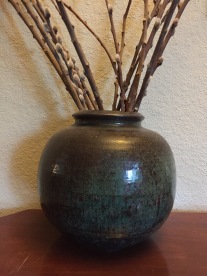 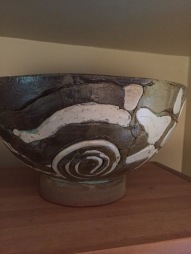 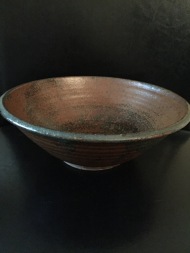 4 thoughts on “Pottery conversation part two: “It felt spiritual, that moment of centering””